Digital media has greatly influenced people’s everyday lives in the way they connect, collaborate and work.

It’s increased use has brought with it, a myriad of effects, most of which have proven to be beneficial to the community at large.

It has enabled unprecedented levels of communication, community building, and social interaction, breaking the barriers of location, time and social context.

The spread of digital media has made possible the rise of new methods of learning, providing underserved communities with better opportunities.

However, it would not be prudent to go on about the positive aspects of digital media without touching on the cons.

Research shows that when digital media is used excessively by humans, it can negatively influence their behavioural and cognitive development as well as their physical and mental health.

As a society, it seems that as much as digital media has connected us across boundaries, we are more disconnected to each other.

Whether someone sees the impact of digital media as positive or negative is greatly influenced by their location.

A study conducted showed that only a quarter of the population in the US and Germany believe that digital media has improved the quality of their professional and social lives overall.

This is in contrast with China and Brazil in which two-thirds of the population believe this.

It is therefore important to understand the positive effects of digital media and how to reap from them while mitigating the negative effects as much as possible.

Whether you are studying abroad, away from your family and friends or if you live in isolation most of the time, digital media can enhance your social interaction.

There are several social media sites available such as Twitter, Facebook, and Instagram that allow you to interact not only with your current circle of friends and family but with a diverse range of people.

Digital Media allows people to establish and grow relationships without the need for physical interaction.

From such interactions, people are exposed to a variety of ideas, cultures, and opportunities.

Traditional media has for a long time now, played a central role in informing the public and drawing public attention to particular subjects.

With the rise of digital media, this reach has been amplified and new possibilities of interaction have arisen.

For example, whenever there is a report of a crisis in some part of the world, digital media has made it possible for people to help out by contributing funds and coordinating efforts to help.

This can happen in a matter of hours.

People are better able to explore their civic responsibilities through digital media.

People have constant and greater access to information such as facts, figures, and statistics allowing them to make well-informed decisions.

They can also easily share this information with others, seek counsel or opinions.

With digital media, people are able to respond in real time as events unfold, helping to expose certain ills such as political corruption and unfair business practices.

Communities are also no longer just for groups of people who are geographically linked but can be formed by people with similar interests.

This has been made possible through digital media.

Whether interests involve fitness or topics such as women rights, communities can be formed with members from all over the world.

3. Digital media is revolutionizing how work is done

One of the greatest advantages of digital media is increasing the pool of talent available to employers. Remote working has been made possible with digital media.

This means that if there is an expert in your field who lives in another continent altogether, a company can still utilize his skills from across the world without him having to relocate.

Many jobs can now be done anywhere, any time.

This has been made possible by the availability of high-speed internet, digital data, better messaging, video and audio technology.

Slack is one technology that has greatly changed how communication occurs in an organization.

With 1.7 million active users on a daily business, the application shows how all knowledge, data, and information related to work can be managed within a single platform.

Flexibility in work schedules has also brought with it enhanced work-life balance.

Gone are the days where people had a certain period within which they could learn a new skill and could only do it at a physical institution.

Digital media has made it possible to have learners of all ages, in all stages of life learning from the comfort of their homes.

Whether it is a new mother who is taking a psychology master online as she nurses her baby or a middle school child learning algebra from home.

Digital media has revolutionalized not only where we learn but how we learn.

Virtual classrooms have enabled collaboration between people from completely different backgrounds with a common interest.

Teachers are now able to reach a wider audience of students.

1. Increased ease in the spread of propaganda and harassment

One of the most notable downfalls of digital media is the increased consumption of false information and inappropriate content.

These days, social media training are common for people to not only be able to verify the information they are getting online but to safeguard the innocence of children.

There are several content creators who maliciously slander other people or create a false panic of the masses for personal gain or pleasure.

Digital media has been likened to drugs in that its use has to be regulated by individuals.

Too much time spent on digital media has caused several people to lose their jobs, families, health, and sanity just like an addictive drug would.

This is a real problem especially among teenagers whose attention span has been realized to have deteriorated because of too much time spent using digital media.

Online connections cannot replace offline contact. The use of social media sites makes people feel like they are connected but in essence, they might not be.

Simply knowing about someone’s personal life from what they post online does not make you close friends.

This can be seen clearly when people only post the good aspects of their lives, omitting the challenges they go through, only to end up in depression or even worse, suicidal. 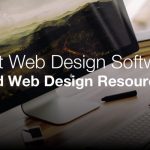 Best Free Software Applications For Designers And Developers In 2019 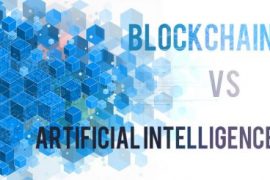 How the Use of Blockchain Changes Artificial intelligence 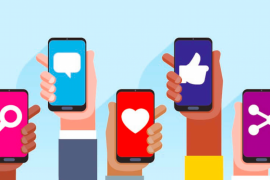 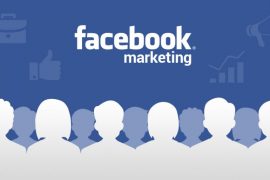 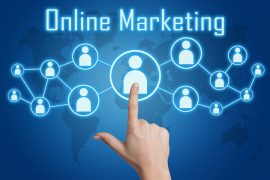